Greetings once more, Card Hunters 🙂
Flaxative here, reporting back with stats for the second week of the Spring PvP Season. As always, congrats to those who made these charts (teehee). Competition was a lot tougher this week.

This week saw a few big improvements on the previous, and I’ll take them.

1) Average standing in the Most Wins category was 9.1, up from 8.3. This is a pretty big increase, and of course could just be a coincidence, but eh. I’ll take it!

3) The average rating among those 20 players this week was 1690—up a full 20 points from last week. Rating inflation? I think not! We’re seeing more activity at the higher ranks, and I expect that that’ll result in the playerbase as a whole pushing the rating envelope (and not just one or two outliers).

• CT5 set up his Twitch stream, and was doing a test broadcast the other day. In addition to streaming his own games, I think he’ll be broadcasting the games of other top-tier players, so be sure to tune in from time to time to either check out the live stream or any recorded highlights. I’m working on my own set-up right now as well. Hopefully we’ll be able to provide some fun and interesting coverage of what’s working and not working as the season progresses. 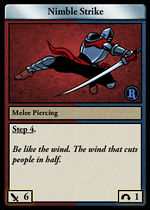 • Gento, who made the highest rated chart last week, posted a build after my own heart to the forums. It looks hard to pilot, but he claims it’s a consistent 1500-1600 build, so I encourage you all to check it out, duplicate what you can, tweak what you will, and give it a shot! The build employs a dedicated elf vampire, a human support/utility priest, and a honey badger dwarf warrior. With all the Nimble Strikes, I have to wonder if the elf is even relevant, but Gento’s rating is sign enough! He didn’t make the standings this week, but I look forward to seeing him and his build back in contention soon. 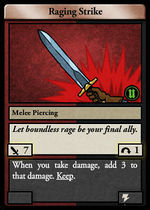 • Arnie posted an Elf-centric build that apparently peaked in the 1700s, with a very simple name: E. It’s a mobility-focused aggro build that runs two warriors with a lot of movement and possibly the highest rate of Raging Strikes you’ll ever see at this rating! Arnie has been explaining some of his build decisions and playstyle in the thread, so be sure to check that out if you’re looking for strategy tips. As always, step attacks are king.

• I cannot wait to see how the upcoming expansion is going to shake things up, and I’m starting to get the crazy feeling it’s right around the corner! If you haven’t read about all the new cards and items, check the forums for info. Don’t let Fireball or Pushback Parry blindside you!

Guilds and the Season

Without saying too much, I’ll just leave this chart here for this week’s guild standings.

Sorcererers have grown a lot, and recovered a bunch of ranking thanks in large part to the efforts of Huey Laforet and Tuknir. The top three guilds remain untoppled… but they’re beginning to flag on placement in the season’s standings! What will happen next?