After weeks of testing, our latest build is live! Play with all the new shinies here: http://game.cardhunter.com. Following is a description of many the changes in this release, including a full list of card and item changes. 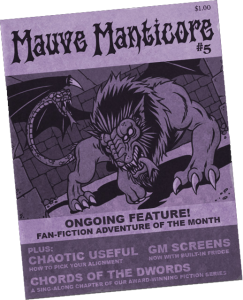 A new module consisting of three player-created scenarios has been added. It unlocks after Goblins in the Woods, and two of the three scenarios use cool new game modes that have been just recently added to our scenario editor. We hope that these new modes create more possibilities for our players to craft challenging adventures! Submissions are always open.

We’re continuing to work on coop play, with the goal of bringing campaign coop to you someday soon. A lot of behind-the-scenes work brings us closer to this goal. In the meantime, the interface for joining teams has improved.

The Stormbringers are in the Premade Party store now. Not only will this party be competitive in low to mid ranked play, but it carries several items that players will find useful in constructed leagues such as Wicked Waterways or Golden Shrine. Designed to give new players access to modes of play and types of cards that aren’t particularly easy to mass, most notably flight, this premade party is an exciting new addition to the family.

• All Assist cards that target can now self-target except Martyr Blessing. This includes most priest cards: heals, buffs, etc., as well as the new human Assist cards listed below.
• Frenzy X now grants a damage boost to non-melee attacks equal to X-1—so Unholy Frenzy will boost your melee cards by +2 and your magic cards by +1.
• Move cards with extra effects, like Violent Spin or Muscle Through, are now explicitly Unblockable to correct a discrepancy in the rules of when blocks trigger.

We spent close to a month testing a number of changes and additions to the cards and items available to players. Players who participated in our playtest earned a total of 3200 pizza by giving us feedback and helping us hone these changes. In general, our changes targeted making priests more interesting to play and easier to grok in the early campaign. Additionally, some effort went into making human and elf racial skills more competitive both in the campaign and in ranked play.

Here’s a list of all the changes (note: it’s long).

That’s it for now! We’re excited to see how the environment and metagame develop in the coming weeks. We hope you enjoy the new content!