So,PAX is over and it was awesome. The most awesome thing about it was getting to meet a bunch of cool people and watch them play Card Hunter: the ultimate pay-off for any game developer. Luckily, most people seemed to think it was pretty fun!

Organizing a booth at a trade show is a pretty grueling experience for an indie developer, particularly when the show is in the US and you are in Australia. Ben did a great job mocking up our 10×10′ booth: 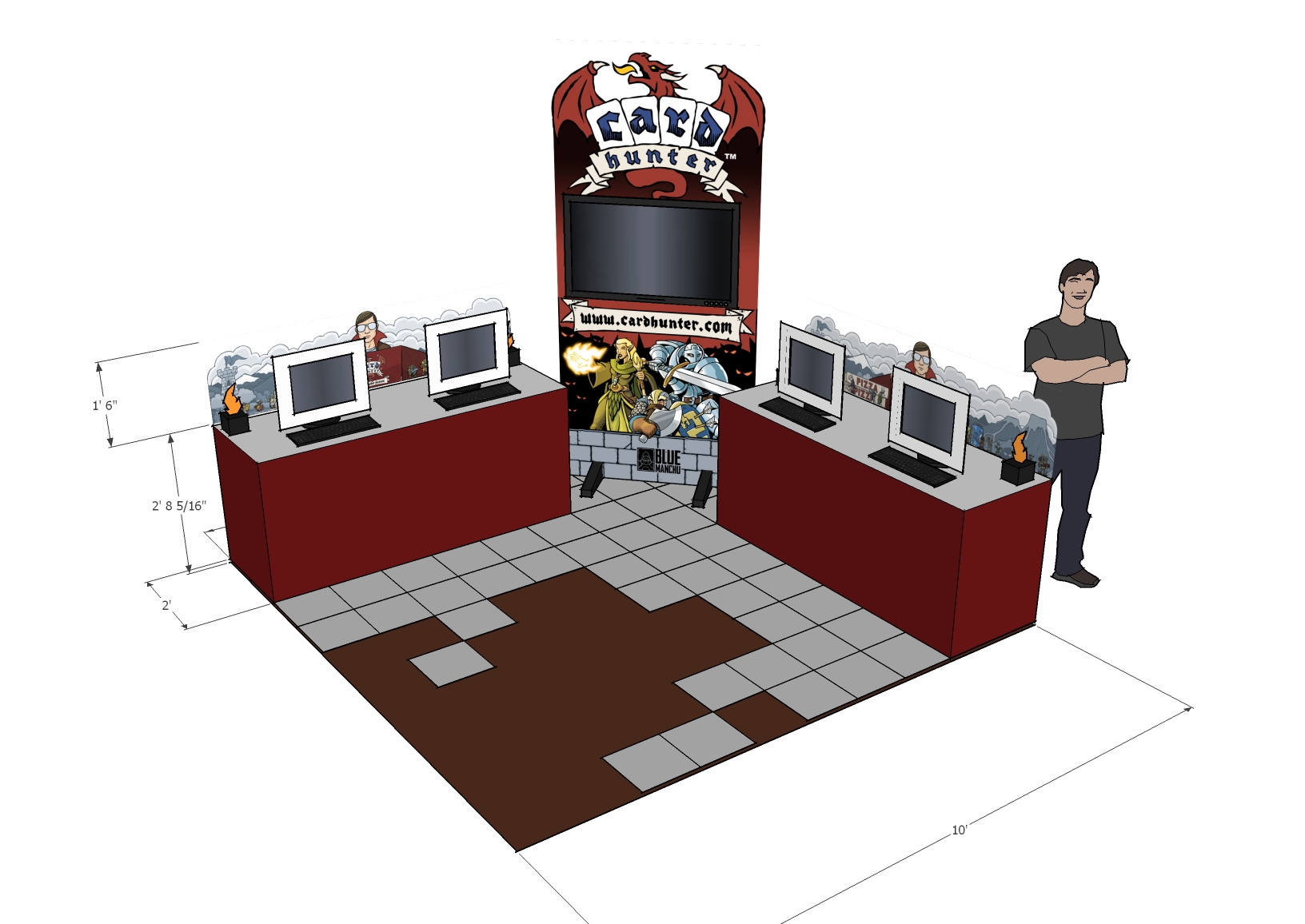 Now the challenge was to turn the actual space into that concept: 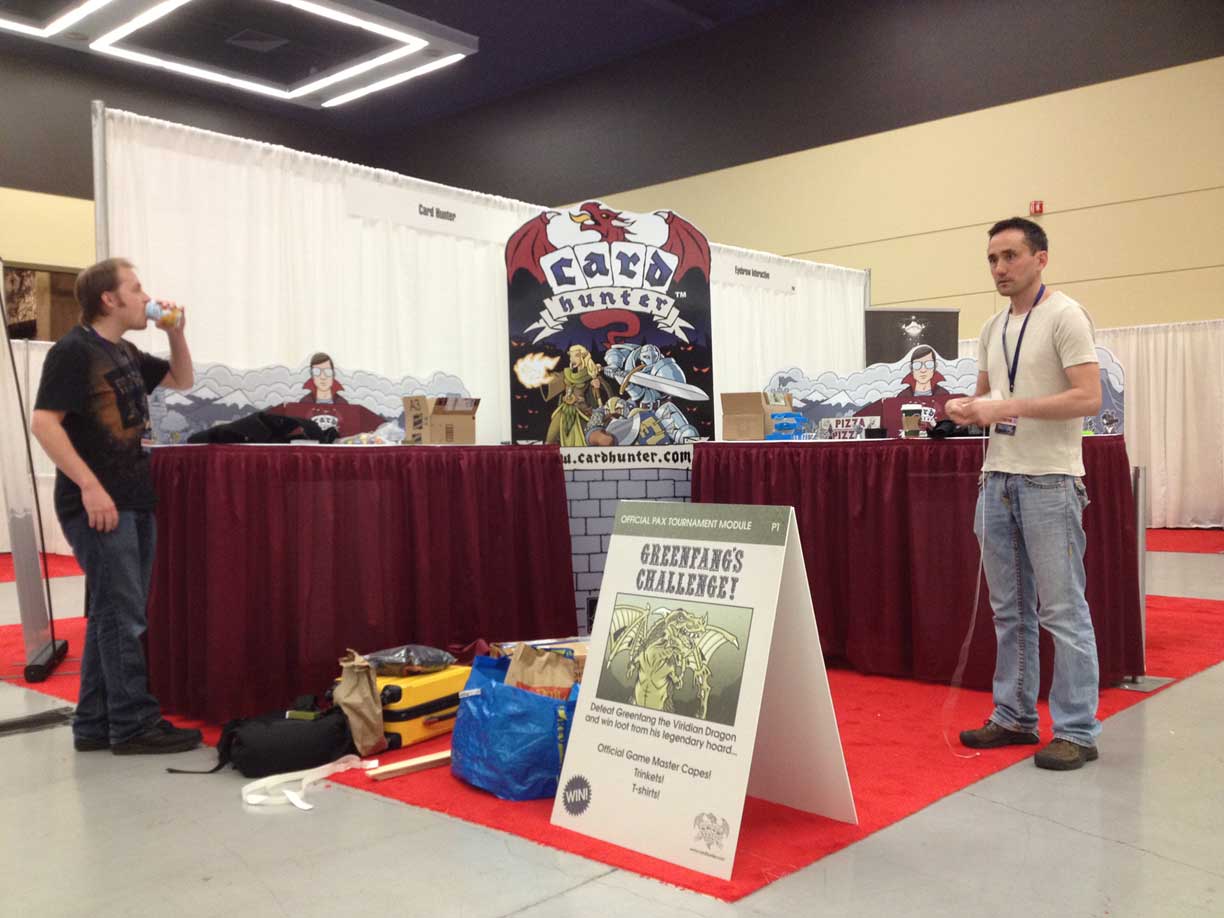 We didn’t go with the dungeon flagstone tiles unfortunately, but we did get awesome flame torches: 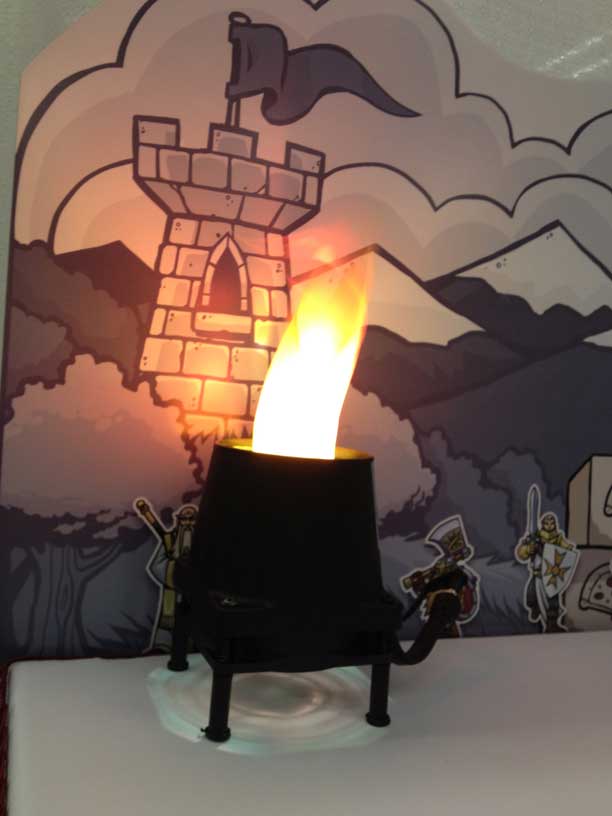 Amazingly, nothing went wrong with the booth, despite driving through Seattle with an 8×4′ foam core sign strapped to the roof of a car. Let Card Battle commence (many thanks to Intel for the awesome TV)! 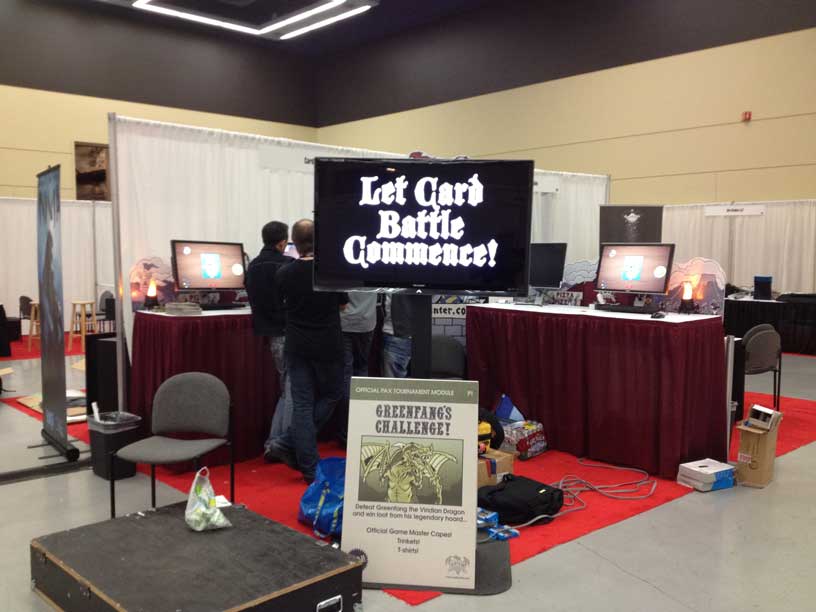 The booth was packed all weekend! 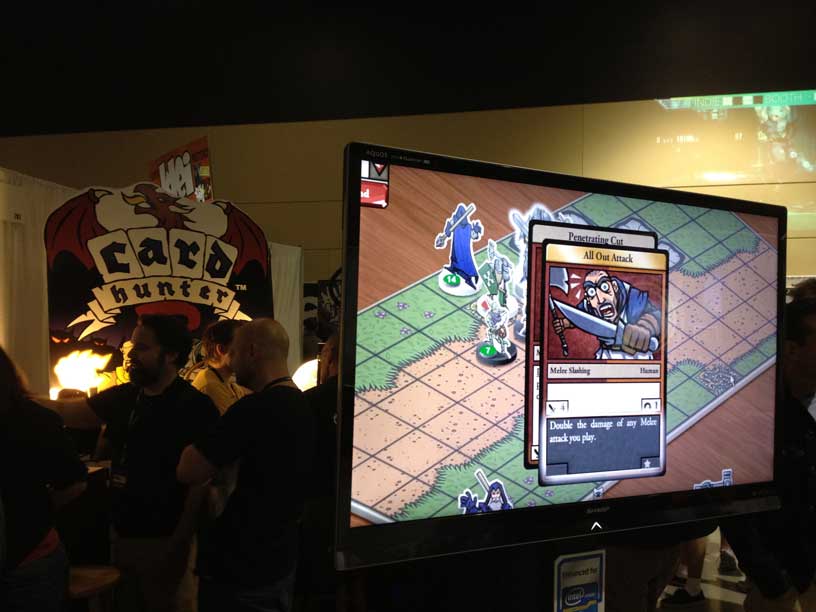 After three days of demoing, interviews and giving away some awesome Card Hunter swag, it was time to pack up: 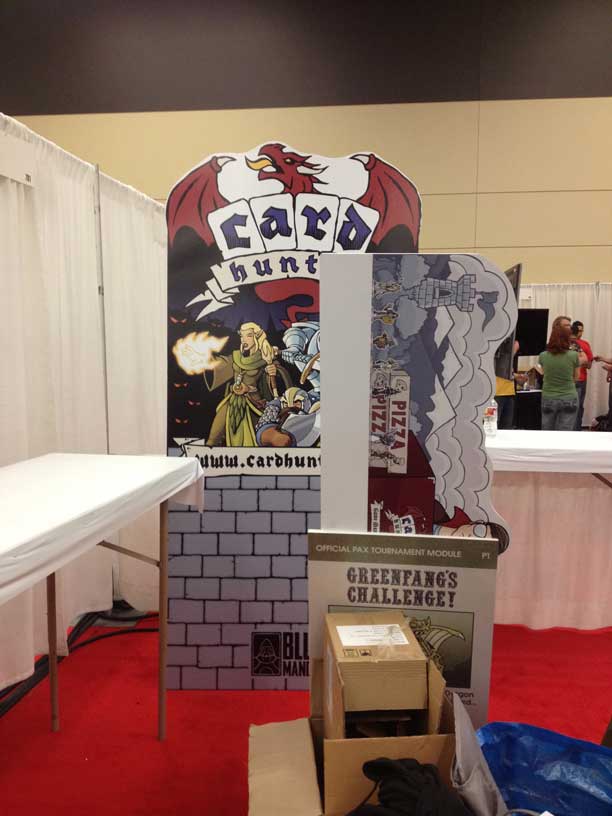 We got tons of great press coverage. Perhaps best of all, Tycho called us his favorite game of the show!

Many thanks to Tycho, Gabe and the Penny Arcade team for organizing such a great show, to other indies in the Indie Megabooth, to the enforcers and other crew at the show, to our friends in Seattle who kept us going through it all, to Intel and MadCatz for their sponsorship and anyone else I’ve forgotten who helped make this happen!

I’ll be posting a complete walk-through of the PAX demo we showed on our youtube channel soon. In the meantime, check out the forum for a lot more discussion of what was in the demo.

Now, it’s time to get our noses back to the grindstone and finish this game. We took about 500 Beta applications from the show and we’ll be opening these up from our website soon (stay tuned to Twitter, Facebook or the forums for more info). Let Card Battle Commence!